The origins of the Red Line Agreement can be traced back to the initial formation of the Turkish Petroleum Company (TPC) in 1912.

The TPC was formed as a joint venture between Royal Dutch/Shell, the Deutsche Bank, and the Turkish National Bank, in order to promote oil exploration and production within the Ottoman Empire.

While any other company could bid for concessions, the Red Line accord—so named because the affected area was delimited by a red line drawn around it on a map—had the effect of suppressing competitive bidding by the most powerful companies in the industry, thus restricting the ability of local regimes to play one company against the other. It was one of the initial cases of oil company cooperation on an international scale.

The Turkish Petroleum Company, formed before World War I by British, French, and Dutch interests, found oil in 1927 by drilling only a few hundred meters from the “eternal fires.” The discovery near Kirkuk opened one of the major oil fields of the world. In 1928, the United States made its first entry into the Middle East oil race when the Near East Development Corporation (NEDC) obtained an equity interest in Turkish Petroleum, renamed Iraq Petroleum Company (IPC) in 1929. NEDC originally comprised five companies but later was equally divided between Standard of New Jersey (now Exxon) and Socony Vacuum (later Mobil, which merged with Exxon in 1999).

By the San Remo Oil Agreement of 1920 the shareholding in the Company was arranged as Anglo-Persian Oil Company Limited (47.5 per cent), Shell (22.5 per cent), Compagnie Franaise des Petroles (25 per cent), C. S. Gulbenkian (5 per cent). A concession was obtained in 1925 and oil was first struck by the Company in 1927.

One accord was the Red Line Agreement, reached in 1928, which covered former Ottoman Empire possessions, excluding Kuwait and Egypt. It provided that any oil deals involving areas within the Red Line must be unanimously approved by all companies operating inside that line.

In 1961 the revolutionary regime of General Kassem promulgated Law 80 which deprived the IPC of over 99.5 per cent of its concessional areas in Iraq, leaving only producing oilfields.

In September 1960, Qasim demanded that the Anglo American-owned Iraq Petroleum Company (IPC) share 20% of the ownership and 55% of the profits with the Iraqi government. Then, in response to the IPC’s rejection of this proposal, Qasim issued Public Law 80, which would have taken away 99.5% of the IPC’s ownership and established an Iraqi national oil company to oversee the export of Iraqi oil. British and US officials and multinationals demanded that the Kennedy administration place pressure on the Qasim regime.

Qasim was overthrown by the Ba’athist coup of February 8, 1963. While there have been persistent rumours that the Central Intelligence Agency (CIA) orchestrated the coup, declassified documents and the testimony of former CIA officers indicate there was no direct American involvement, although the CIA was actively seeking to find a suitable replacement for Qasim within the Iraqi military and had been informed of an earlier Ba’athist coup plot by a high-ranking informant within the Party. 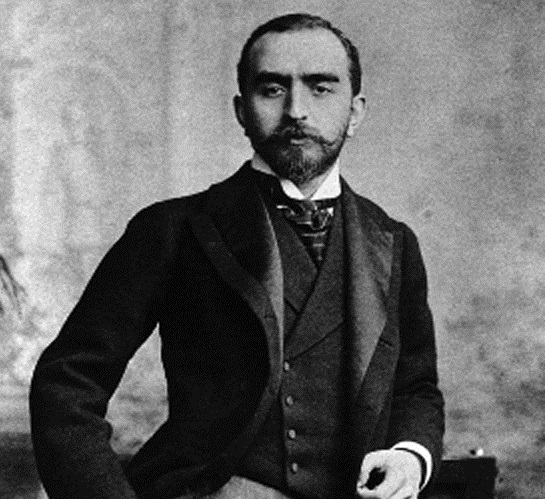 Calouste Gulbenkian was the 5% partner to Red Line Agreement Massoud Barzani as a kid (the son of General Mustaffa Barzani) and the former Iraqi president Abdulkarim Qasim.
this picture is probably taken somewhere in the 50’s of the past century

Syria’s older fields lie in the extreme northeastern corner of the country, just west of the Tigris River, and are an integral part of the structures containing the Batman fields of southeastern Turkey and the fields of northern Iraq. A significant discovery in late 1984 near Dayr al-Zawr initiated a modest “oil boom” in eastern Syria that spread to the center of the country and opened a dozen small new fields, for a country total of 17.